Everything’s a blur. Is it really June already? How exciting and sad (exciting because there is so much to look forward to; sad because summers always fly by and I can never figure out where the time goes [also because June = Q2 taxes due and I’m just not so thrilled about giving the government money that they’re only going to give me back next year, especially when it ought to be building up interest in my savings account in the meantime]).

I tend to come up with these ginormous checklists in my head–things I want to accomplish over the summer. Sometimes they manifest themselves into physical, paper lists but I’ve kind of tried to stop writing them down because I get sad when it gets to being August and there are still so many unchecked boxes. In late April, when things are wrapping up with school, my mind gets overly ambitious and likes to pretend that the months of May through August will stretch on forever. They never actually do; even today, I was feeling my normal pang of guilt for not having been out to Louisville in over half a year and just wondering when the hell I’m actually going to be able to (financially, physically, reasonably) make that happen. Still I will admit that I have a list for this summer. I will also admit that it probably will not all happen but I would be totally content with checking off about 75% of it.

I got an e-mail today from one of my professors for a grad. class this coming fall. It made me sick. I don’t ever want to think about school in June. What kinda teacher does that?

Anyway, the things that make me happy/that I am grateful for…

Tiny ducks that hold up two-ton trucks (I took the pic a little late, but these little guys caused a traffic jam on 5 Mile yesterday morning).

Pandora radio, for giving me new artists to pirate music from (this is one of several sticky notes I’ve accumulated so far this week). 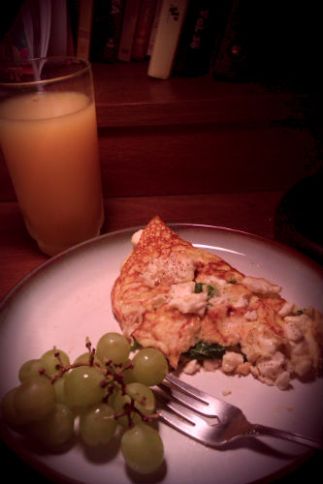 Morning sunlight through the stained glass window in my house. The little things.

And then the things I miss…

Being able to do this.

One thought on “sick in a good way”